My statue was made by the artist Elly Baltus. She has depicted both present and past and east and west in a special way. On August 26, 1988, this statue of me was revealed by the then Ambassador of the Republic of Korea, Mr. Up-Suk Youn, with many Koreans living in the Netherlands present. On the pedestal there is a sign with the names of the sponsors who made the statue possible.

A few years later, Elly Baltus made a copy of the statue. On May 5, 1991, this was unveiled at the Children's Grand Park in Seoul by the then Dutch State Secretary for Economic Affairs, Mrs Yvonne van Rooy. Now Elly will tell why and how she made the statue. 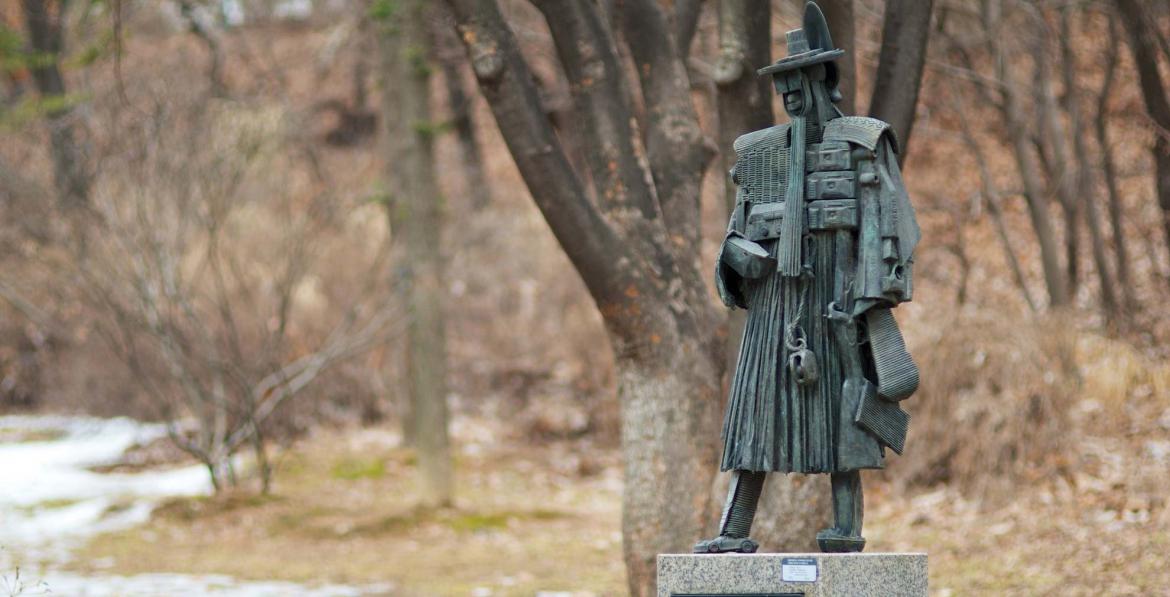 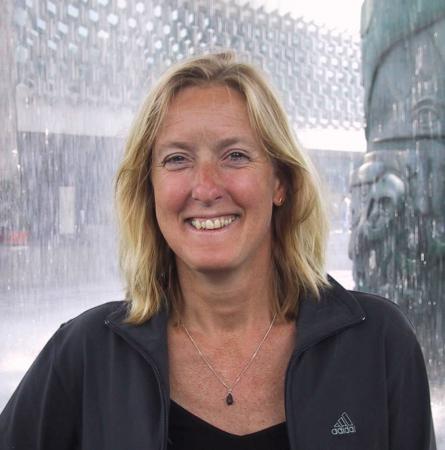 When the municipality of Graft-De Rijp gave me the assignment of making a statue of Jan Janszn., at first it was a big problem for me. There were no pictures of this person at all. The only place where Weltevree has been described was in Hamel's ship journal that he wrote 25 years after Weltevree's shipwreck. The journal featured the name and function of Jan. Jan Janszn. Hamel told about the shipwreck he had suffered and how he landed in Korea. He also reported in inadequate Dutch that he had risen to governor and as an expert in the field of arms. He also wrote a short note on Jan's physical appearance in his journal: "He was a big man with a long red beard and he was wearing traditional Korean clothes." In any case, this was something I could hold on to.

Nowadays people are especially interested in history and life stories. The fact that Jan Janszn. Weltevree came from the Rijp and that he was on his way to Japan is of great importance for the Dutch and for Western Europeans. In Korea, Pak Yon, as he is called there, is a hero and his history is determined by what he has done for Korea. My task was to connect both cultures into one image so that everyone can recognize a part of history in the statue. And I wanted to do it in such a way that the viewers can "read" the story of Jan Janse Weltevree in a visually appealing sculpture.

I started collecting parts of which I thought to be appropriate for Jan Janszn. Weltevree’s life story. This in order to give the viewers a hint to be able, with a little imagination, to visualize the life of Jan Janszn. After all, the life story of every human being is made by means of memories and remnants that give rise to reconstruction of this life.

So the Jan Janszn Weltevree biography is about Dutch trade and maritime transport, but also about his Korean position as a weapon adviser. The construction of the statue had to create an atmosphere that radiates all this. Parts of boats, a sail, a pulley, weapons, an oriental umbrella, as well as merchandise of the present and the past are incorporated into the statue. Through these articles, the image must give the viewer an indication of the person they deal with. Even though there are no pictures of our Jan, the parts used for the image, the clothing and the appearance together form the person that Jan Janszn. Weltevree must have been and (by means of the cameras and radios as a reference to today's trade) still lives on. From the present we look at an historical figure. Then you can ask yourself, "How would it have been to live in Korea as a Dutchman at the time?"

When I went to see the statue at the Children's Grand Park in Seoul, I discovered that many Koreans are very familiar with Jan Janszn. Weltevree. (Pak-Yon) They all know who he is. In the park there were many people who stood still at the scene to watch and to take pictures. The objects in the statue were also carefully observed.

One may conclude that Jan Janszn. was a multicultural man who could adapt to the circumstances. In addition, he was enterprising and traveled a lot; A globetrotter like many young people nowadays.