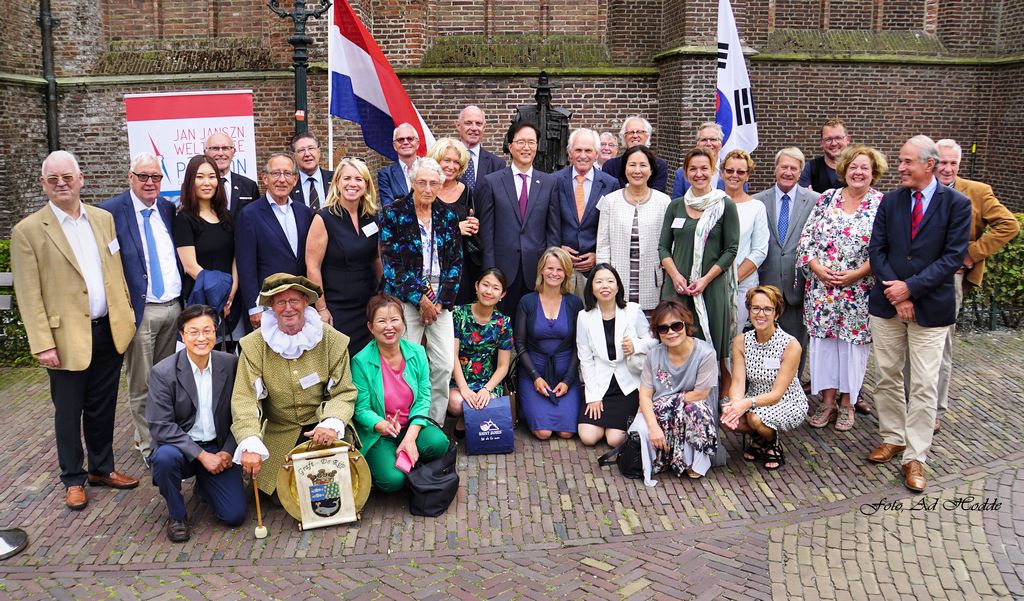 On Friday August 25th the 4th Jan Janszn. Weltevree Commemoration Day was held.  During a sunlit day, guests have been treated to on an extensive program. After lunch with the ambassador, the official reception took place in the hotel De Rijper Eilanden. Sunnam Kim opened with a traditional Korean dance, the Queens dance.

There were speeches by the ambassador Mr. Yun Young Lee and Alderman Jan Nagengast of the municipality of Alkmaar. Evert van Sprakelaar and Mandy Bussaard made a report of the trade mission to Korea. This part of the program concluded with the presentation of the website by the designer Françoise van Essen of Polderwebdesign.

After this official part, everyone went aboard the boat the Emma for a beaitiful trip to the center of De Rijp. That's how De Rijp is at its most beautiful! However, the big surprise came: by some volunteers the boat was locked through the historic lock. The ambassador put some coins in a wooden shoe as lockage. After this the boat could be moored next to the town hall.
After Ad Hodde had taken a group photo of the statue foundation's name giver, the company went to the town hall, where all the guests were offered a snack and a drink.

Pictures made at the museum:

Pictures made by Marco van Ammers:
Pictures from Karin:

Pictures made by Ad Hodde: