Invited by the Korea Foundation and the Ministry of Foreign Affaires a delegation of 10 persons visited Southe Korea from November 9 up to and including November 16 2014. 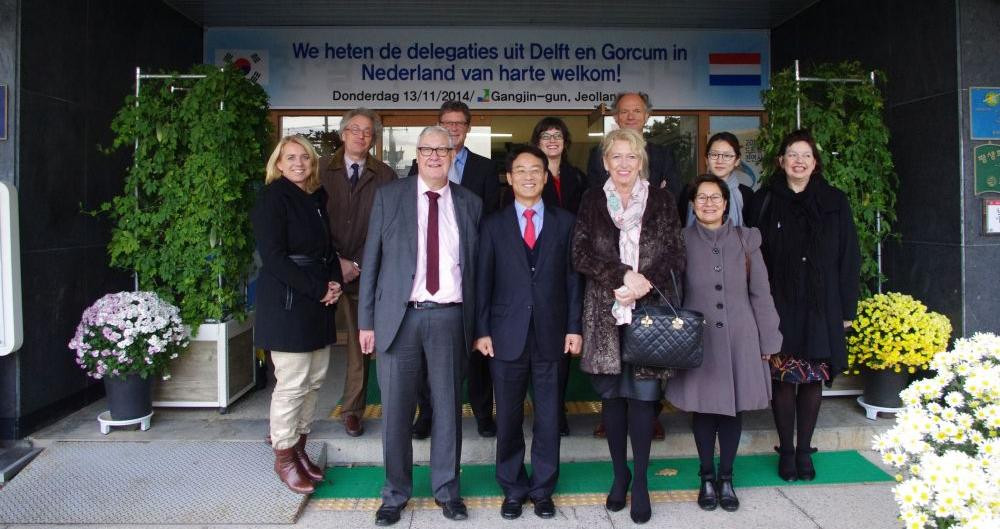 The delegation existed of:

Below follows the report of the trip.

November 10th, 2014
Arrival at Seoul, where the Group stayed at hotel The Plaza Seoul

November 12th, 2014
1. Meeting with Seoul deputy mayor
2. Visit to a Primary School in Seoul
3. Lunch offered by the Korea Foundation
4. Visit the National Gugak Center to learn traditional Korean music
5. Visit to Bukchon Hanok Village. This is the section with traditional houses (hanoks) in Seoul
6. Visit to statue of Jan Janszn. Weltevree at the Children's Grand Park in Seoul

1. Departure for Mokpo City to drive to Gangjin from there, the sister city of Gorinchem
2. Visit to a small primary school at Gangjin
3. Meeting with the mayor of Gangjin
4. Visit to the Hamel Memorial Museum

1. Departure from Mokpo to Seoul
2. Visit to the Northeast Asian History Foundation
3. Dinner at the Namsan Seoul Tower

1. Visit to DMZ (border between North and South Korea)
2. Dinner at Insadong 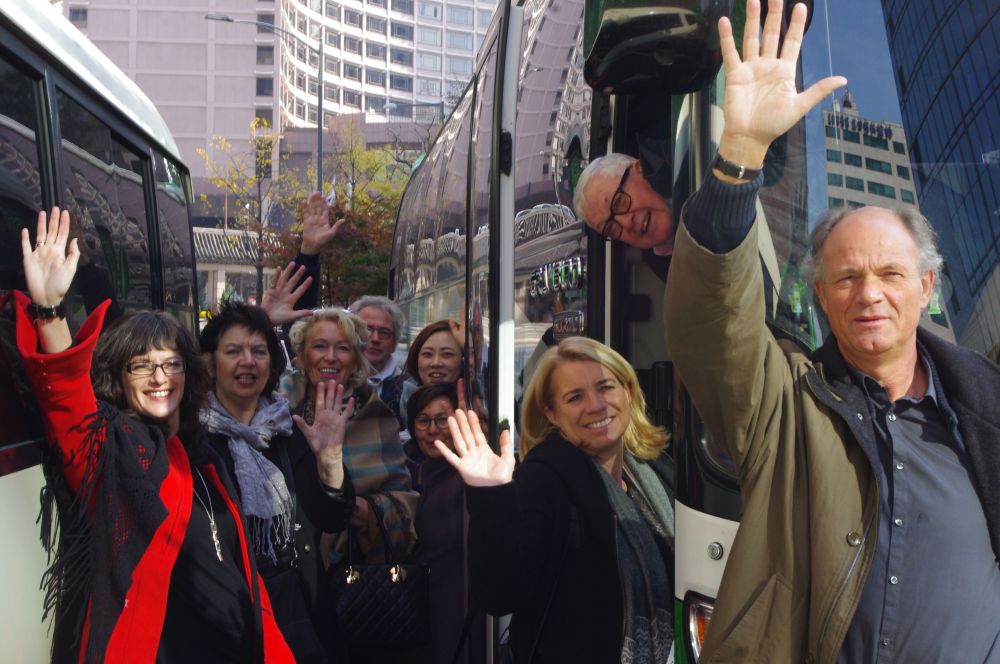