My name is Jan Janszn. Weltevree. I was born at De Rijp (Holland) in 1595. At least they told me it was 1595, but it could also have been a year later or a year earlier. My father, who is also called Jan, has lost the official papers so I can't verify it. For my story, however, it doesn't matter, so we stick to this year. My statue is next to the Main Church (de Grote Kerk) of De Rijp, and I am very proud of that. Me standing on such a prominent place in the village.  I will take you on a trip. First I will something about my own life and then I will lead you to the beautiful village of De Rijp. By means of descriptions and photos I will show you why it's such a special village and why it is worth to know more about.  I will not tell everything myself, but I'm going to ask several people to relate their story, people who know more than I do. My intention is that, on the one hand you will become interested in De Rijp, and on the other you will become curious about the culture and life in Korea, the country of which I only have the very best memories. I hope you enjoy reading and viewing my travel story. 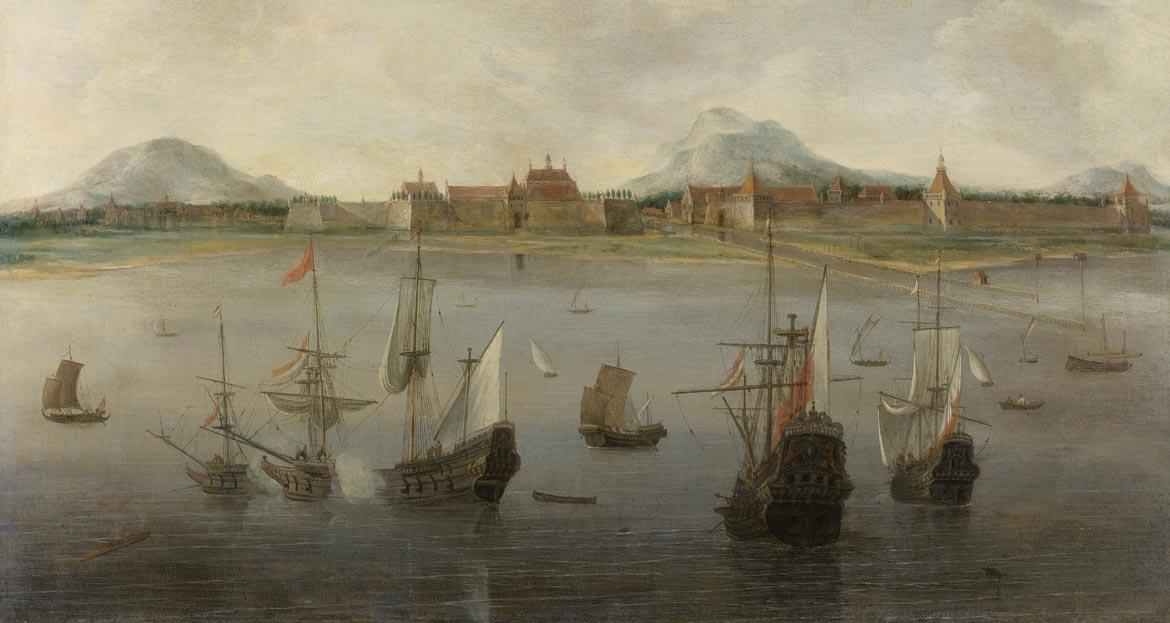 The story of my life

When I walked through the village of De Rijp as a little boy, I heard stories of fishermen who came home from herring fishing telling about their adventures. I also heard stories of sailors who had been to the Far East on the first ships under the flag of the V.O.C. They brought back all kinds of spices.  Besides that we had a fellow-villager who became famous in the wide area, Jan Adraanszn., architect and builder of windmills. He was exactly twenty years older than me. Later I learned that he had been named Leeghwater because of his work, reclaiming land throughout Europe. Then, when I sat on the edge of the new wooden lock, which had been built by Jan Adriaanszn. father, I dreamed of travelling to distant places.
And so it happened that I signed up as a sailoron the "Hollandia" in 1626 and left for Indonesië (Indië it was called by the Dutch then) on March 17th of that year. From Jakarta I went to Decima (the present Dejima) at Nagasaki Japan in 1627 with the yacht the "Ouwerkerck".

On our way we encountered a lot of head wind, which meant that the journey took a lot longer than expected. As a result, we were without drinking water. The captain decided that we could not continue the rest of the trip and had to look for water.

I went ashore with two mates to get a few tons of water. The other two were Dirck Gijsbertsz, also from De Rijp and Jan Pieterse Verbaest from Amsterdam. The island proved to be Jeju (formerly Chesu) in the far south of Korea, a couple of ours sailing from the mainland. We were still busy filling the barrels when we were discovered by a group of soldiers and we were captured. When the crew of the Ouwerkerck saw this, the sails were hoisted and they hastily sailed away.

Partly in response to the invasion of Japan during that period Korea under King Jungjong (1506-1544) and under later Kings pursued a strong isolationistic policy. Under strict rules, trade still took place, but for the rest it was a hermitage. If someone accidentally entered the country, he was not killed, but was never allowed to leave the country again. I and my mates experienced this as well We were taken to Seoul. First we were imprisoned, but soon we got more freedom and thus we could live a normal life.

So I was the very first Westerner who came to Korea. For the rest of my life, I stayed there as an adviser to the king's court, because (among other things) I had some knowledge of weapons and gunpowder. I married a sweet Korean woman, we got kids and I took a Korean name, Pak Yon. So I felt a true Korean. Unfortunately my two mates lost their lives in a war against the Manchus.

In 1653 the ship "De Sperwer" wrecked on the Jeju Coast. Part of the crew of this ship succeeds to escape Korea after 13 years. Hendrick Hamel from Gorinchem, De Sperwer's ship bookkeeper (he calls the island "Quelpaert") was one of them. He describes in his journal how the crew with me as an interpreter was taken to Seoul. and thanks to the description of Hamel I became known in my native country.