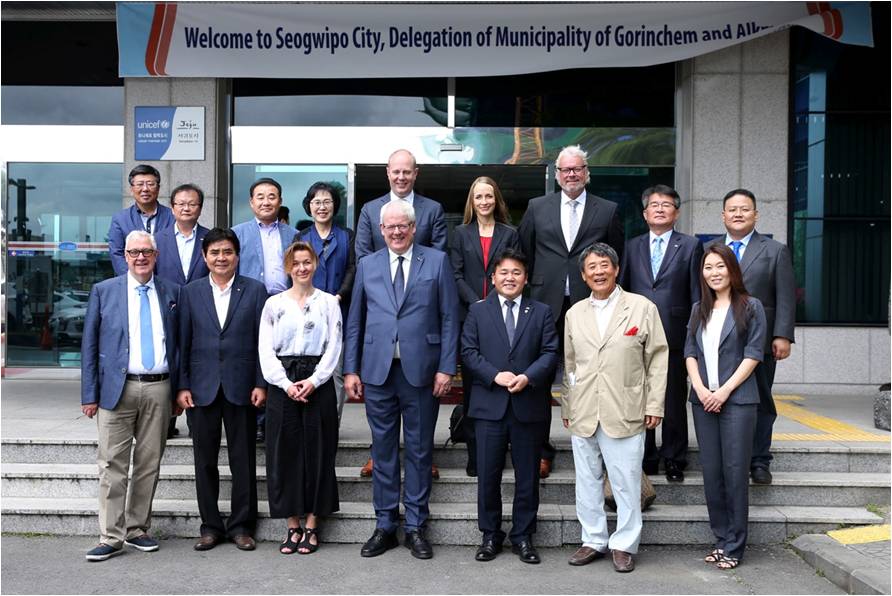 The trade mission in June 2017 took place against the background of the historical bond that Gorinchem and Alkmaar have with Korea in the persons of Hendrick Hamel and Jan Janszn. Weltevree.
In Korea, Hendrick Hamel’s name is a household word and every 5 years there is a Hamel Memorial Day, a national holiday dedicated to Hendrick Hamel.

The arrival of the delegation in 2016 led to the idea to develop future plans into two directions: The 1st was to create a shared program by Gorinchem and Alkmaar together, because the two municipalities are connected in the persons of Hendrik Hamel and Jan Janszn. Weltevree or Pak Yon as he was called in Korea. The second was to have a trade mission led by a lower authority instead of the government.
Because of the shared connection with Korea, it went without saying to organize the trade mission together, Gorinchem and Alkmaar, also in view of the visit of the delegation from Seogwipo in April 2016. And that also means to involve companies from Alkmaar and the surrounding area. These companies are organized in ‘Enterprising Alkmaar’, comparable to the Industrial Circuit Gorinchem. However, for the organizations in Alkmaar this initiative came too early to take part in it.

Besides Seoul and Seogwipo the group also visited the town of Gangjin. Here there was a cheese tasting with Beemster cheese from the Cono factory at Beemster.